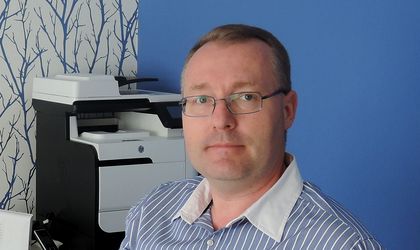 Michael Dietrich, Genesis Biopartner founder, reckons that biogas projects will take off in Romania given the rich supply of organic matter found locally and its role in balancing the instable output from solar and wind installations.

Who are the shareholders in Genesis Biopartner, which has completed a EUR 5 million biogas cogeneration plant in Prahova County?

Genesis Biopartner is a holding that will own a portfolio of stations that we will build. Each station is an SPV and it will be exclusively controlled by the holding. The holding partners are Baupartner in Romania, with a 40 percent stake, and Vireo Energy Sweden, with 60 percent. The Baupartner Group, which is Romanian, has a yearly turnover of EUR 40 to 45 million, generated mainly in the construction field. We employ 250 people.

Is this the first renewable project for Baupartner Group?

This is the first completed project. We previously had two or three attempts but they didn’t materialize. They were in wind energy. We dropped them because of the legislation and I like biogas more. We would have made a similar investment in wind.

In biogas there are below 5 or 10 MW of installed capacities. This business is a little more difficult than solar or wind, where you make an investment and it works on its own. It’s an operational business meaning you need to find the raw materials and carefully plan your operations, so I think that utility firms that have invested in wind have looked for easier projects.

The potential of biogas in Romania is very high. Annually, 5 billion tons of unused food is wasted, which can be used in biogas. The difficulty is collecting and managing it to be useful for biogas. It will definitely register a big growth rate in the years to come. In the next four years, we aim to complete ten similar projects.